LARP is an acronym for a Live Action Role Playing game.  You are not yourself at a LARP.  You are portraying someone else.  You go by a new name, present a new personality and have all new motivations while moving through a setting that has been designed by someone else. Perhaps you are a brave warrior in a fantasy town under siege, a medieval villager trying to cope with the plague or perhaps you are a grieving widow trying to identify your husband’s murderer.

A LARP sits somewhere between improvisational theater, murder mysteries and a tabletop roleplaying game where you play a role and make decisions and move around in character.  Some LARPs use foam weapons and padded spell balls to defeat monsters and explore fantasy situations like a real life version of Dungeons and Dragons or Skyrim.  Other LARPs focus on a mystery to be solved, dilemma to decide or a situation to play out, where combat situations are resolved with dice or description.  Most LARPs create a rules structure to simulate those things that the players themselves cannot, or should not, do.

What does all of that mean?

It means that you’ll either create, or be given, a character who will have their own personality, goals and drives.  You might be Steve Wight the lawyer, but your character could be Jonathon Miller, tough guy chauffeur and bodyguard to an important mob boss.  You would then have to act as Jonathon Miller during the game, making the sort of decisions he would make and talking the way he would talk.

Perhaps he’s calmer than you are no matter the odds, or perhaps he has one hell of a temper whereas you never raise your voice.  So when you find yourself walking in to an office to pick your boss up after an important meeting and find him dead (the player slumping in his chair with fake blood on his shirt front), you don’t panic and immediately start trying to figure out who was responsible for this and how to make him pay.

Since everyone has control of their characters and those goals, the game is far more adaptable than any theatrical production.  Perhaps those people who invented the situation (the Game Masters), expected that you would gather up the rest of the mob family and take out the rivals but you decide that Jonathon Miller would be happy to change sides so long as they would let him beat the hired gun to death.  That would change the expected ending remarkably.

It’s this very flexibility and adaptability that makes the game so much fun. 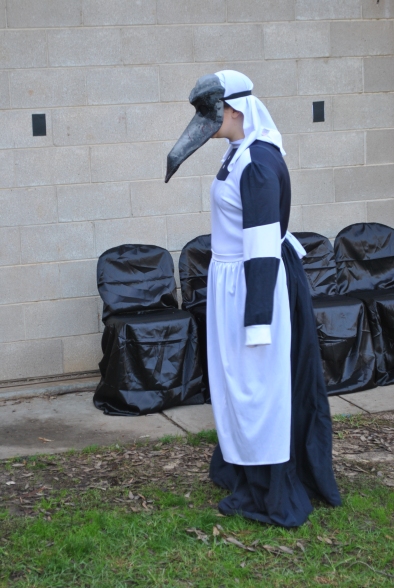 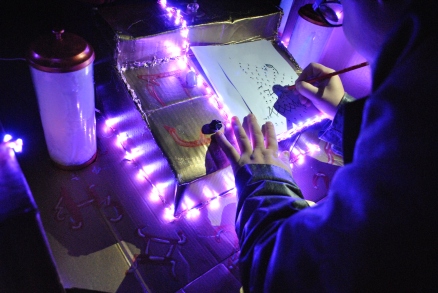 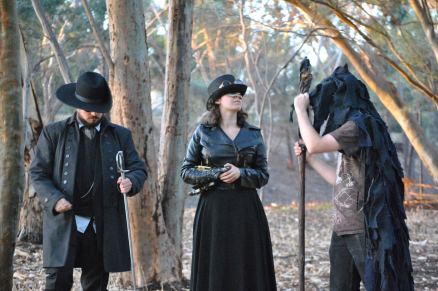