The Sudden Event hook gives players a short amount of time to introduce their characters to the setting (typically between a few minutes to half an hour) before throwing them into the middle of the action. 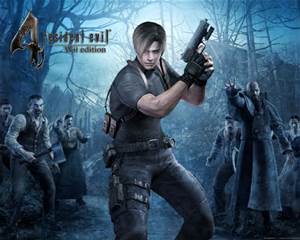 Boom!  This happens!  What do you do?  The pace is frantic and the characters are forced to react.  There’s no time to think, no time to plan and nothing will ever be the same for them again.

Perhaps they’ve been turned into a supernatural and spirited away for training by their vampiric mentors.  Maybe a bomb goes off in the bowels of the ship and they must now try to find their way out.  Perhaps they all just happened to be in the same newsagency when a heart attack drops one of the first zombies into their lap.  Or maybe the mouth to hell merely opens up and the tavern is awash in demons.

Whatever it is, it sets up expectations for a high energy campaign filled with action and reaction.  The characters must react quickly with limited information to perform their objective or die.

This hook needs to occur in a mini-sandbox.  The players need to feel that there’s room to wiggle in this tight structure so long as it makes sense for them to do.  Perhaps they don’t immediately flee the newsagency but attempt to barricade themselves in and distract the zombies.  Sure that won’t work forever (discouraging defensive play is often important) but maybe the zombies are drawn away from the exit and that will help them escape when an accidental fire forces them to flee the premises.

React to them and make them react to you.  You distract the zombies, sure, but now there’s fire!  What do you do?

Keep the action moving.  Don’t let the players debate unless the characters get that chance.  Do build in rest breaks here and there so it doesn’t get too exhausting.  Maybe they can have a ten minute chat in a basement between the newsagency and the police station.  Once they start getting cozy, motivate them to move.

Keep the motivations simple.  The players haven’t had much time to immerse themselves in the setting so situations need to be clear and the objectives straightforward.  Escape the newsagency.  Fight off the demons.  Reach the emergency boats before the ship sinks.  Sub-quests should be equally clear and based around obstacles to overcome or additional goals to achieve (i.e. save the child, grab the wedding photos).

Be mindful, though, that a Sudden Event will give players certain expectations so it’s not a good one to pick unless you know the Finale, at the very least, will surpass it in terms of danger and excitement.

LARP TIP: Sudden Events are often best used only when there is a definitive leader (typically an NPC) and pre-set goals.  Remember that large groups tend toward inertia or pointless panic even when there is a clear real life threat.  “Smoke?  Yeah, I smell smoke, but no one else is doing anything so it must be fine.”  You can often deal with this by either having the players fully expecting the scenario, giving a quick in-character briefing from a superior that outlines the expectations, or having several in-game NPCs reacting realistically to the set up.

Get more ideas on how to write a good hook over at the base article.

One thought on “Hook: With a Bang!”