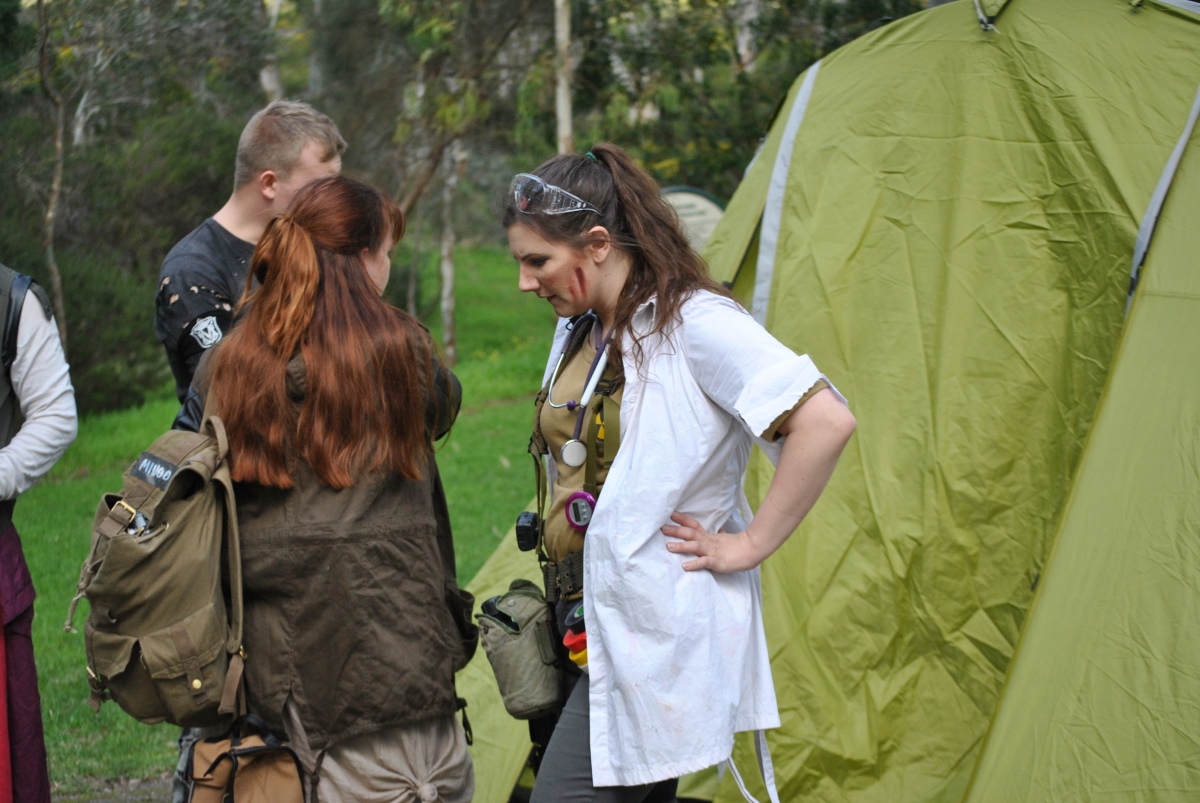 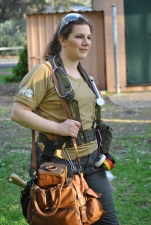 Drifter’s March is a post-apocalyptic sci fi game set on an alien world that has only been colonised for around 200 years.  Seventy years ago a terrible incident occurred which led to the nanite-infused Wastelanders occasionally becoming quick healing animalistic cannibals called Zed-Synths.  The robots that were sent out to kill them could only tell a wastelander apart from a Zed-Synth due to a special beacon implanted beneath the skin … but then the robots were reprogrammed and now they will attack anybody.

As with most LARPs that use organiser-generated characters (as opposed to ones created by the players), each character has their own list of personal goals as well as information on those they know.  The personal goals ranged from discovering people’s real identities to hiding their own infection to discovering particular drugs using their chemistry kit and some willing test subjects.

We’ll go into the nitty gritties of what kind of things actually happened in the game in a follow up article in a fortnight.