In a Viking-inspired nation, five clans who have been united under the same banner meet at monthly moots to discuss the issues that arise. Right now the issues include the mysterious storms surrounding the island suddenly vanishing, allowing orcs, dwarves and another human civilisation to finally visit them, bringing their own intrigues and issues with them. The elves, an ancient race, step forward from their swamp dwellings to weigh in on the discourse with unknown reasons behind their actions. This is a political LARP but it does have some boffer combat elements where people who wish to can duel with (latex) swords. 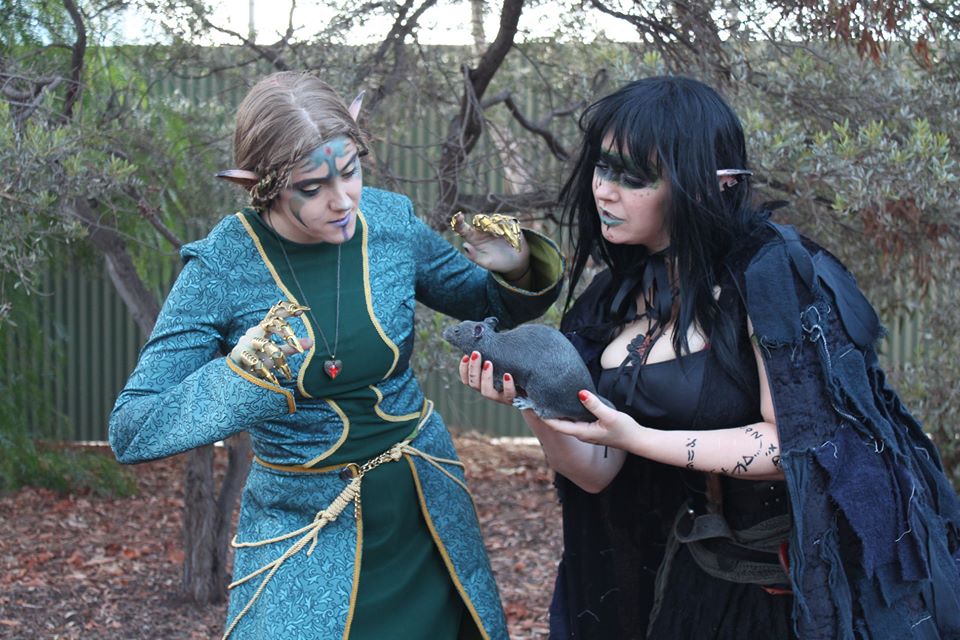 Previous to this session: Nothing.  This is the first session.

Session Begins: The hall is set up with five tables in a U-shape surrounding a central table.  Each of the five is for a different clan and is decorated accordingly.  The orcs are brought in chains to answer for their attacks on the Boar Clan and they are sat in the corner of the room until it’s their turn to speak (though they can listen and call out during other speeches).  The elves come in as guests of the Elk Clan, the dwar as guests of the raven clan, and the other human society, the Ersellians,  as guests of the Horse Clan.

The Boar also had one of their own in chains who had deliberately attacked some of the other clans to amass his own power.  The Boar demanded the right to best him in combat, and all four of them attacked him with (latex) sword and shield but found him inhumanly powerful.  Eventually they bested him though it was difficult to do as his wounds seemed to regenerate before their very eyes.

Then there is time for the groups to separate and speak with one another, but then the speeches of all these strange outsiders happen.  The elves have a ritual where they offer a sparkling gold drink out of a glass skull to all the heads of each clan.  They also requested official recognition of their land, which fell within the territory of one of the Elk Clan.  Their request was accepted.  The orcs apologise for their attacks – they had thought the Dervin were Ersellians who had conquered their land.  The dwar wanted to open up trade with the Dervin people.  The Ersellians merely wanted to open up schools in Dervin lands.

The meeting then broke up for further discussion and snacking on food brought out on wooden plates and bowls.  Each outsider group had to find a clan that they could temporarily join and the various groups tried to learn about the other.

The body of the slain Boar, which had been thrown outside, had gone missing, and so the druids cast a ritual to find where it was.  They etched drawings in the soil and paced the circle chanting to represent the ritual casts, but the ritual backfired, and the primary caster fell injured to the ground.

There was more that happened but as it’s a political game much of it isn’t known to me.