This article covers in-game “Hard No’s” where the PLAYER actually really does WANT the situation to happen but their CHARACTER draws such a clear line in the sand that the desired events don’t happen. They might, for example, want an in-game romance but have their character react so badly to the very idea of it that no one pursues the option. The player is then confused and annoyed as to why their character arc isn’t progressing as intended. 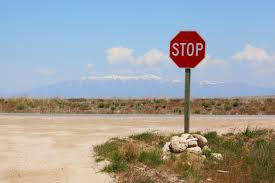 The Obvious Hard No

The half-orc barbarian, Allisa, stands outside the entrance to the cave, with her arms crossed. “I won’t go inside that wretched hole,” she says roughly to her three fellow adventurers. When the others give her reasons to enter, she shakes her head. “I don’t care about any of that. I’m not going!”

The others give in, confused as she chose to come along on this encounter, and offer her a few tentative options (guard the entrance, come with them or head back to the tavern) before entering without her. She feels neglected and left out. She’s become the victim of her own in-character Hard No.