That sense of dread as you anticipate some horrible outcome that keeps you in suspense is a key part of horror. It’s that nervous tension that comes as you reach out to open a door, not knowing what may lay beyond…. That fear as you walk down the corridor toward the source of that strange noise…. Horror fans revel in that sense of dread, loving the anticipation of something wicked about to happen, but how does one evoke it in the first place? 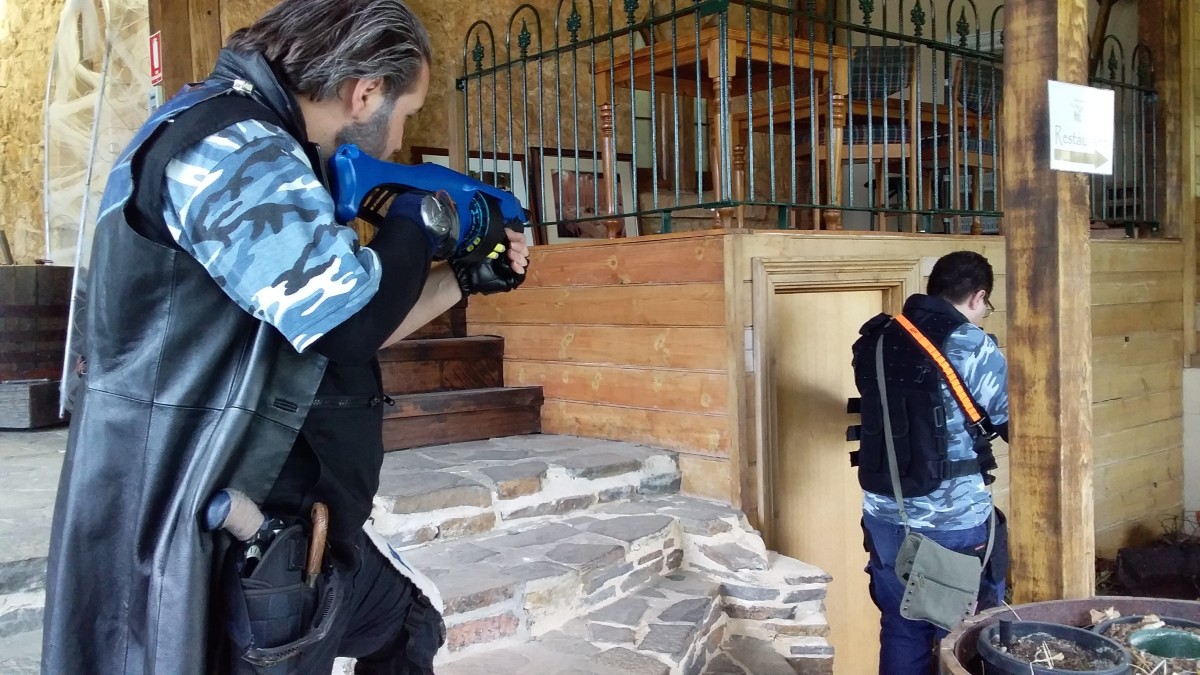 1. Foreshadow with hints that something is subtly off. The room is strangely cold. The unseen floor feels kind of tacky. Something drips on their forehead and slides down their cheek. Each clue builds on the last one, creating a sense of unease and instilling the idea that something has gone terribly wrong. In a LARP or tabletop game where you’re using the five senses you could also do this with off-key music, a ringing phone in an abandoned location or flickering lights at the end of a long hallway where wet footprints lead around a corner.

2. Keep them guessing. Generally, once they know what they’re up against they can plan how to deal with it. While a little knowledge can help with dread anticipation, too much will kill the suspense. So leave them lingering in that space between unknowing bliss and full knowledge. Let their imagination build up the horrors for you.

3. Be unpredictable. If I feel something splatter on my face from above, I’m going to predict a monster drooling from above or a bloody corpse dangling from the rafters. This might build dread as I slowly look up, but the more I can predict what will come, the more I will rely on meta-knowledge which will pull me out of the game and remind me that it’s only play pretend. So avoid the cliche. Perhaps instead there’s what appears to be a water leak of strangely rust-coloured water that leaves the floor tacky as it partially dries. Where is it coming from? What does it indicate? What does it mean?

4. Unpredictability also has a real impact when endangering NPCs. If I know that my character’s wife is bound to be killed off, there’ll be less dread when I come home and see those bloodstains by the kitchen. But what if the blood spatter is because the wife got startled by a noise and cut herself while chopping the carrots? What if it was only when she went she outside to take a look, the dirt collapsed beneath her feet and now she’s struggling to get out? Once the characters get outside, they find her but must hurry to get her out while strange noises come from further down the tunnel…

5. Above all, remember to mind your pacing. It’s difficult to sustain any emotion for a long period of time, so once the tension has been high for awhile, find some way to reduce it. Give them some peace and quiet. Let them have their cup of tea but don’t release it entirely. Let a little dread linger, a little threat and promise, so that when that suspense builds again they can really feel it.

So there you have it – my tips on instilling dread in your players. If you’d like to see the master list of horror articles, you can find them over here. Other than that, do you have any tips of your own for creating a sense of dread in your game?