Evzenia’s story began on a dirt road, representing the path to Lilydale, with the rest of her pack while the villagers were searching for a local woman who had killed her violent husband.  Our Alpha, Rhaegar, sent Evzenia and the Pup (a brand new Cregan who had yet to achieve his first kill) over to scout around to find out how many fighters were present.  We were spotted almost immediately by a Godegian who was standing on the stairs to the chapel and who put out the call that Cregans had been spotted. 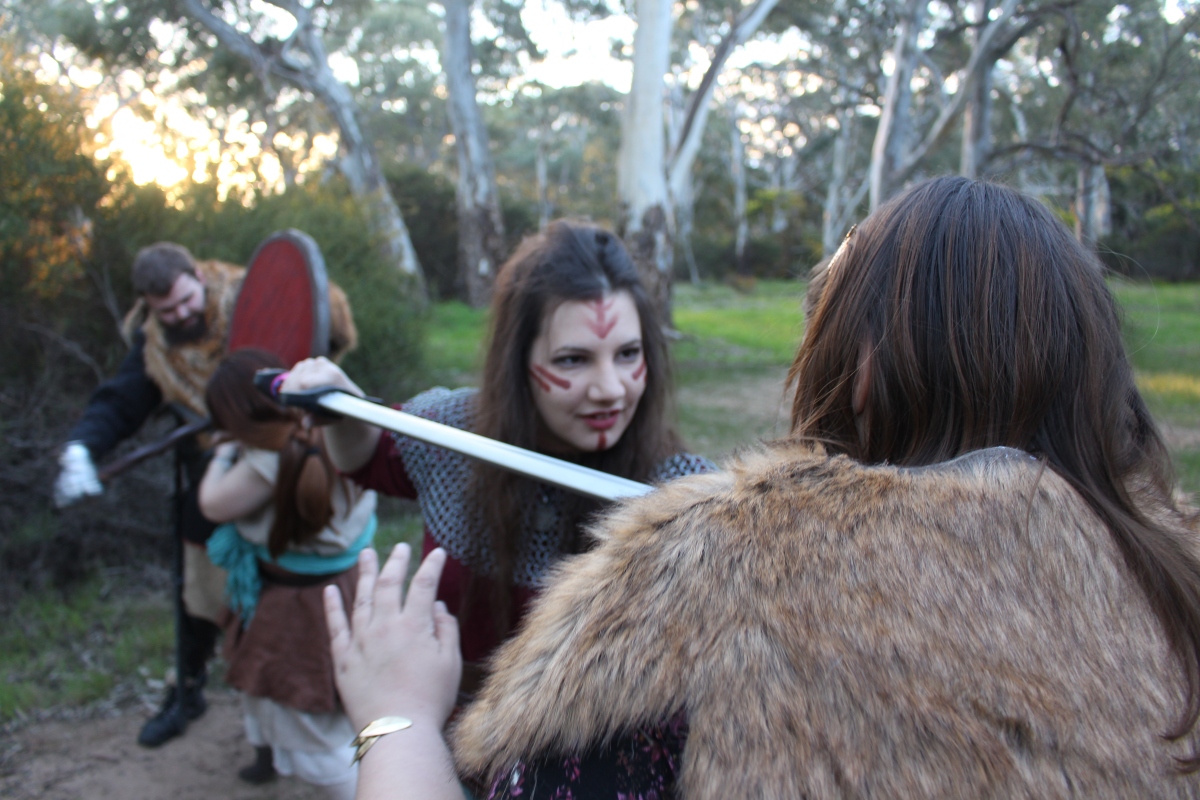 We legged it back to our Alpha, and then stormed the village as a group, striking down the guards.  In order to assert dominance over the villagers, Rhaegar pulled Jack’s wife (a character doomed to die) to the front of the group and butchered her brutally before Jack’s very eyes.  He then took the defiant Jack in chains and disappeared with him for more interrogation while Evzenia looted the remaining Godegians of their jewellery and coin and other Cregans threatened to kill them if they didn’t remove their necklaces quickly enough.

PLEASE NOTE: This game dealt with simulated torture and simulated combat only.  This was typically dealt with through theatre-style punches that didn’t connect and the use of foam weapons that were reacted to as though they were real.

It was an interesting role as we needed to mix up being really intimidating and controlling with providing opportunities for the other players — those of the Godegians — to get to do things and influence outcomes.  They spent a fair chunk of time convincing us to kill Rhaegar by describing him as a madman who would kill us all.  The apothecary had to keep running to her tent to get supplies to help those who had been injured by the Cregans.  Her husband had some protection due to the need to keep her compliant.  Rhaegar’s constant watchfulness was also interesting as he would occasionally loom out of nowhere to see what I was doing.  Very cool.