When running a horror game, the Storyteller must also pay attention to the flow of information as there’s generally some form of mystery that needs investigating. If you err on the side of caution in giving out information, your players may feel like investigation is akin to pulling teeth. Others play too fast and loose with their clues and the investigation might as well boil down to rolling a dice and waiting for the inevitable information dump. 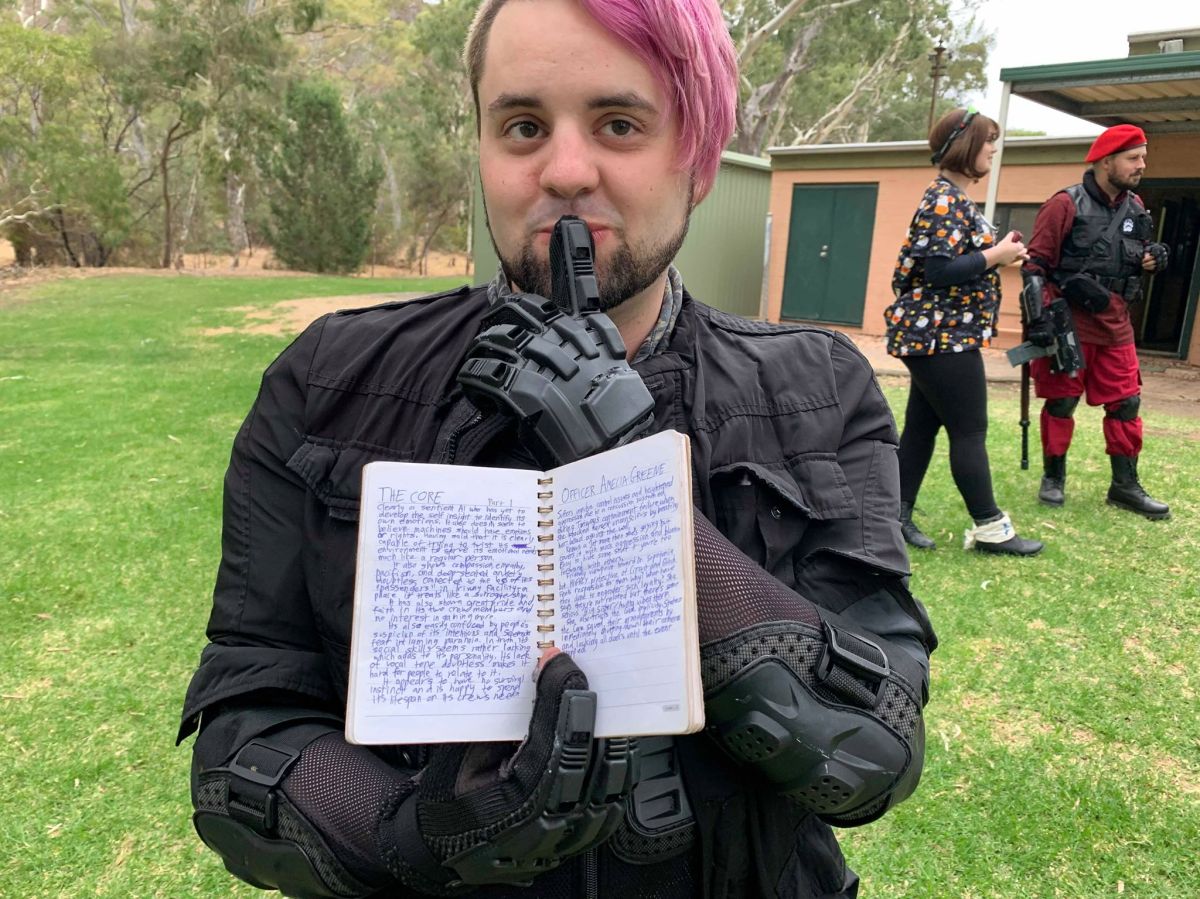 Too much information can be terrible for tension because shining a light on a monster weakens its fear factor. Too little information can just lead to confusion and boredom. So ask yourself whether certain information needs to be known and, if the answer is yes, give the information piecemeal so that the player’s suspicions start whirring into gear as they fill in the gaps.

Reward players for their cleverness and, yes, for their dice rolling successes – especially if the game includes exceptional successes if they roll really high. Even if there’s not ‘meant’ to be anything there according to your notes … could there be? Maybe a letter *did* fall behind the desk. Or maybe that successful roll could point them in the right direction? Fresh leads are as good as straightforward clues in an investigation.

If they get stuck, encourage them to think like a journalist, cop, private eye or professional ghost hunter. Each character type brings a whole bunch of different investigative avenues to the forefront of your mind.

In a horror game, you don’t have to worry about ensuring they get the complete picture like is ideal in a crime story. If they resolve the plot without knowing precisely what was going on, they’ll try to fill in the gaps with whatever is scariest to them. Don’t purposefully deprive them of the facts they should be able to find, but if they gloss over them, or fail to find them, that’s perfectly okay.

The game can end with them simply surviving the horror, or banishing it, even if they’re not 100% sure if the horror was a ghost or a demon or a monstrous location. If they do figure it out, don’t change the answer on them just to be mysterious. Play fair. Sometimes they’ll get it right.

It’s a tricky balance in a horror game when it comes to giving out information and in the end it comes down to giving them enough information to stay engaged and to reward their choices.

What’s your advice for managing information flow in a horror game? Also you can read more articles on the topic of horror games over here.